I wrote the below as the beginning scenes for a new short story that I'll soon be sending out. In my editing process I realized that these are completely divorced from the rest of the story and therefore had to be cut. However! The story's loss is your gain, since I decided to share them here, for free!

If you're new to the Titan Run Trilogy Universe and want to read more, you can find more information here on this blog (book excerpts, essays, etc.) and/or visit TitanRunTrilogy.space  to get the novel trilogy where an older Dalton and Gonzo are among the cast of characters (for $5.98 you can read the entire trilogy on your Kindle device). If you're a fan of the trilogy, first thank you for reading and I hope you have the chance to leave a review -- Amazon, Goodreads, or anywhere on social media. Your good word would do a world of good in spreading the, um, word about the Titan Run Trilogy. 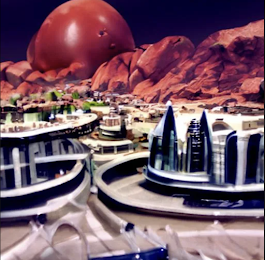 Ensign Gonzalo "Gonzo" Rodriguez chose an open-air bar for their celebration night in Socketton. The dress uniforms had also been Gonzo’s idea. An idea with which Dalton was becoming less and less enamored. Socketton sat astride the equator of Mars, where they kept the temperature under the dome at a steady 27° with humidity to match.

Given the local environment, Gonzo had relaxed his personal uniform standards, leaving his collar unfastened. Ensign Dalton Simmons, Gonzo’s best friend since their third day at the BPOE Officers’ Academy, could have followed suit but he was proud of what the uniform signified. That, and the attention they received.

"Don't you have a big date in like two days?" Gonzo asked when he caught Dalton glancing at another young man sitting at the bar.

Refocusing his attention, Dalton said, "Oh, yeah, I do, but that's two days from now – and it's just a date, not a wedding."

He winked at Gonzo as he lifted his sweaty tumbler of clear alcohol.

Dalton returned his attention to the man at the bar. He retargeted his wink while enjoying a long pull from his glass, offering him an opportunity to make significant eye contact.

"Are you ready for another round?" He asked abruptly as his glass hit the table.

Gonzo grunted in mock annoyance at this obvious ploy, but knew that when Dalton wanted something, he was going to get it.

"Sure," he replied before draining his own beverage, likewise returning it to the table with a thud and a burp before sliding it at his fellow officer.

"You were going to get us another round?" Gonzo prompted, indicating the man at the bar with his head.

"I'll be back in a couple of minutes," he added.

"As long as you're buying," Gonzo shot back, adding "Hey, forgetting something?"

"My glass," Gonzo replied, pointing at the empty vessel.

Gonzo rolled his eyes as Dalton walked away, taking the opportunity to scan the bar for himself. Unlike Dalton, Gonzo was not interested in any sort of entanglement before they shipped out; like Dalton, however, he enjoyed the attention.

Next week they reported to the BPOE Starfish to begin a career as officers in the Benevolent and Protective Order of Explorers; tonight, however, they were two young men in high-collared tunics determined to enjoy their night off.

The next morning Gonzo awoke to Dalton – boots in hand – sneaking into their shared quarters at the BPOE installation just outside Socketton proper.

Scrubbing his face with one hand, Gonzo cleared his throat and croaked, “Just getting in, Ensign Simmons?”

Dalton started, his boots thudding against the dense carpet.

“Jeez, Gonzo, I was trying not to wake you up,” Dalton replied as he bent over to pick up his footwear.

“Mission failure, there, my friend. What time is it, anyway?” Gonzo replied, sleep threatening to reclaim him.

“Just after oh-four-hundred,” Dalton relayed as he stripped out of his uniform before making for the head.

“Don’t shower too loud,” Gonzo mumbled as he rolled over to face the wall.

When Dalton emerged from the head several minutes later wearing a towel and his own drowsy expression, Gonzo was snoring gently.

“How are you able to function at all, let alone focus on these drills?” Gonzo asked Dalton as they ate lunch in the officer’s mess on base.

Dalton winked as he took a bite of food; after swallowing he said, “Power naps.”

“Speaking of which,” Dalton said as he shoveled the remainder of his plate into his mouth, “if I don’t catch fifteen minutes before we’re back on duty, I’ll be useless for my date tonight.”

“Amazing,” was all Gonzo could say as he shook his head. 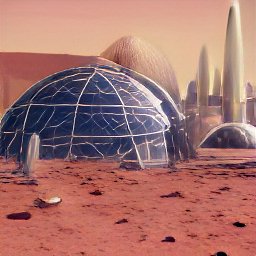