One of my favorite things to make for myself when I'm cooking just for me is a pot of quinoa mixed with lentils seasoned — of course — with Old Bay®. Other than the fact that it's delicious, filling, and good for me, it's a dish that not only scales (I can make enough for one meal or cook enough to reheat all week), but the basic format of the recipe is a great platform to which I can add other vegetables, a little more spice, or even serve with chicken or fish. A following post will describe a variation on this theme, the one that I am preparing for myself today.
You'll see in the photo that I am using what looks like tri-color lentils, because I just pour the 3 different kinds of lentils I buy into one container for storage. 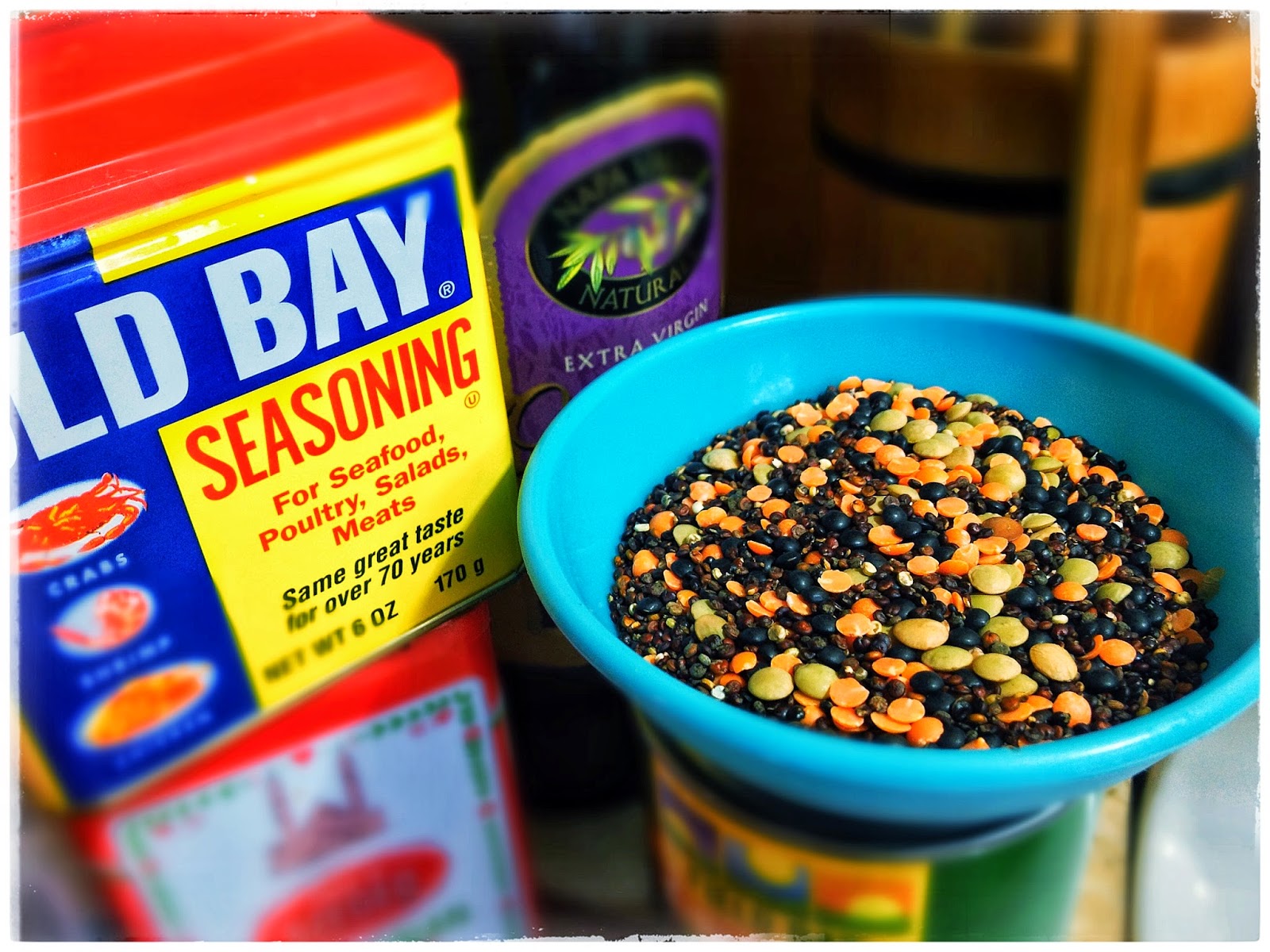 I also recommend either the red or the tri-color quinoa. I don't like the grassy taste of the white quinoa. You might. I encourage you to experiment!
(Recipe after the jump)


You can add almost anything to this, or just eat it by itself! I highly recommend some avocado chunks. Possibly also some salt to taste, if you are someone who likes a lot of salt (I do).
at 10:23